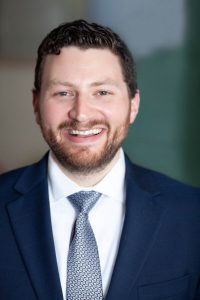 Early in his career, Logan worked at Johnson & Levine LLC. In that role, in addition to general criminal defense, he specialized in a unique “quasi-criminal” practice area that sits at the intersection of science and law. Logan was court appointed to defend indigent people from indefinite incarceration in State run mental institutions.

Logan achieved immense success in this area of law where the State is heavily favored. In his first year alone, Logan obtained three “not-guilty” jury verdicts through argument and examination of expert psychological and psychiatric witnesses.

➽ Time is of the essence. The sooner you contact our firm, the more time we will have to build your case, so contact us today to discuss how we can defend you and protect your rights.

In his criminal defense work, Logan has experience handling cases from initial arrest all the way to appeal in the Illinois Supreme Court.

As a law student, Logan gained experience working as a judicial extern for Judge Brigid Mary McGrath in Cook County’s Commercial Calendar Division. He also worked at Chicago-Kent’s criminal defense clinic run by Professor Daniel Coyne, where he remained for a year and a half. Logan obtained his Supreme Court Rule 711 license and assisted in three jury trials, litigated two bench trials, represented a defendant at arraignment, participated in plea bargaining, and wrote numerous motions, memos, and briefs.

Logan previously worked for Kutnick Law while still in law school. He was intimately involved in the litigation of state and federal felony cases including murder, rape, weapons possession, DUIs, and more.

In the greater legal community, Logan is the Financial Secretary of the Decalogue Society of Lawyers. He also serves as the co-chair of the young lawyers and law students committee. Additionally, Logan is a member of the Chicago Bar Association and the Illinois State Bar Association.

Joshua B. Kutnick, Attorney at Law

Serving the areas of: